Liberty Animal Hospital is a full-service veterinary hospital staffed by highly qualified and skilled professionals who are dedicated to providing excellent, compassionate patient care. We use the latest advances in diagnostics to make educated decisions regarding your pets’ specific needs.

At Liberty Animal Hospital, we value compassion, self-motivation, excellence, integrity and respect. Client satisfaction and education along with staff personal and professional development are very important to us. Liberty Animal Hospital is committed to inspiring people individually to make a difference in their lives!

Learn a little about our staff

And what makes them passionate about their work!

Dr. Khorsand grew up in Illinois where he spent most of his time outdoors fishing, boating, and hanging out with friends. He grew up with Golden Retrievers, hamsters, gerbils, and lizards. He always seemed to find and take animals that were dumped outside his neighborhood, which included a farm duck, cat and Saint Bernard.

After high school, Dr. Khorsand earned his Bachelor’s of Science in Biology with a minor in Chemistry at University of Illinois at Chicago. During this time, he rescued a puppy he named Kaya. She changed his course in life from human medicine to veterinary medicine. Dr. Khorsand attended Ross University School of Veterinary Medicine, where he graduated with highest honors.

During his time at Ross, he completed a veterinary externship in Costa Rica where he performed spays, neuters, and educated locals about the importance of animal welfare and well-being. He spent his clinical year at Colorado State University. Dr. Khorsand went on to practice veterinary medicine at Cornell University before starting his career at Liberty Animal Hospital.

Dr. Khorsand enjoys all aspects of veterinary medicine, but has a strong interest in Cardiology, Ultrasound, and Internal Medicine.

In his spare time, he enjoys snowboarding, fishing, hiking, camping, kayaking, and spending time with friends and family. 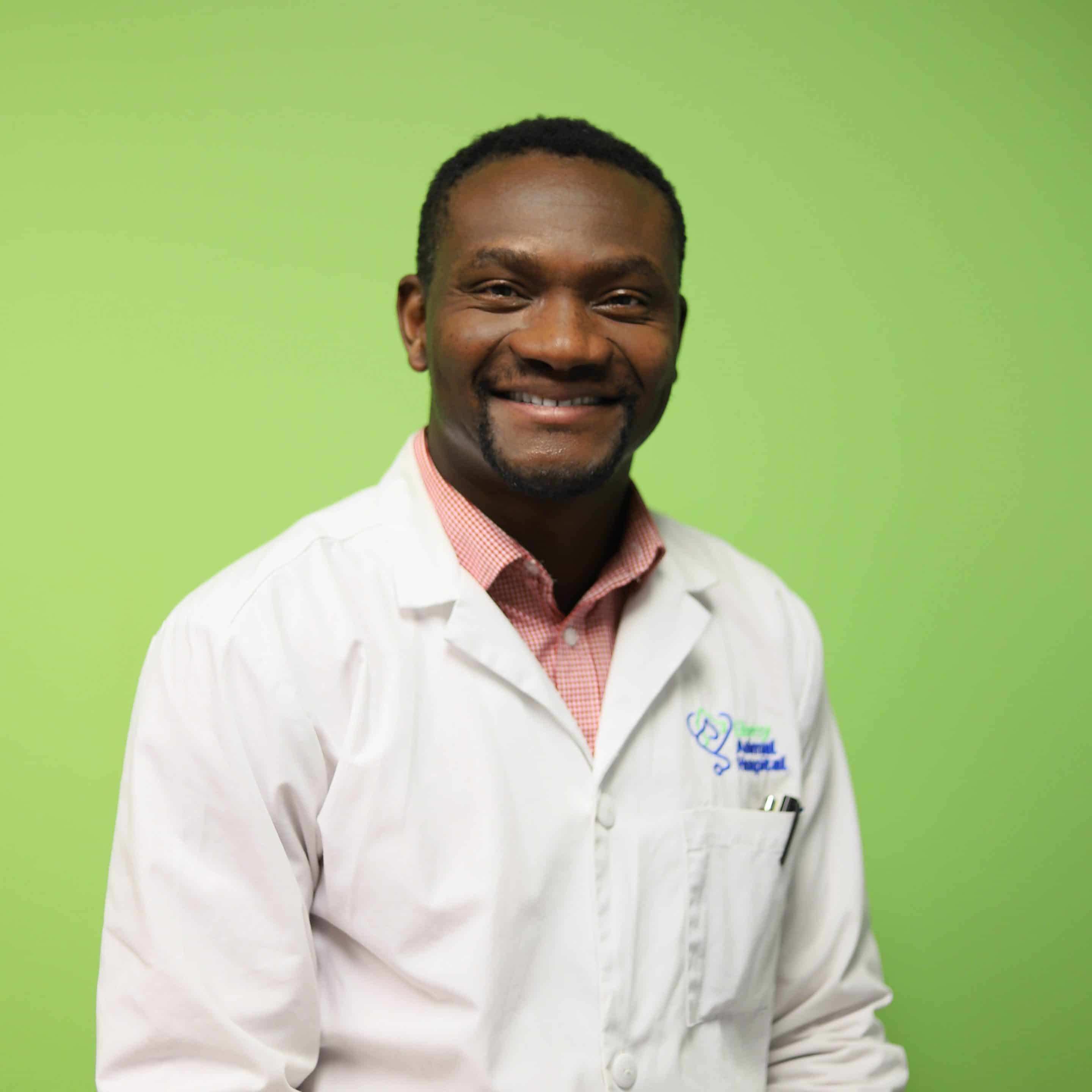 Dr Atakem was 1 of 2 to win a nation-wide contest in Chad for a scholarship to go to veterinary school. He graduated from the Inter-States School of Science and Veterinary Medicine in Dakar, Senegal in 2006. He moved to Colorado the same year and attended Kansas State University School of Veterinary Medicine from 2008 to 2010. He has worked in private practice since 2011 as an associate veterinarian, a mobile vet but also an emergency veterinarian in the Denver Metro Area and Littleton. He is a well-rounded veterinarian with a particular interest in Orthopedic and Soft Tissue surgeries, but also, Laparoscopic Surgery, Arthritis and Obesity.
Dr Atakem loves to build long-lasting relationships with people. He treats every pet he cares for as his own and is driven by the desire to contribute to human and animal well-being. Away from the hospital, he is a dance instructor and Martial artist. He also enjoys sports and most outdoors activities. Dr. Monaghan enjoys all aspects of small animal internal medicine but is particularly fascinated by renal/urinary diseases and immune-mediated diseases, as well as endoscopic and other procedures. At home, she enjoys spending time with her family, Dr. Ben Nolan and their two children. 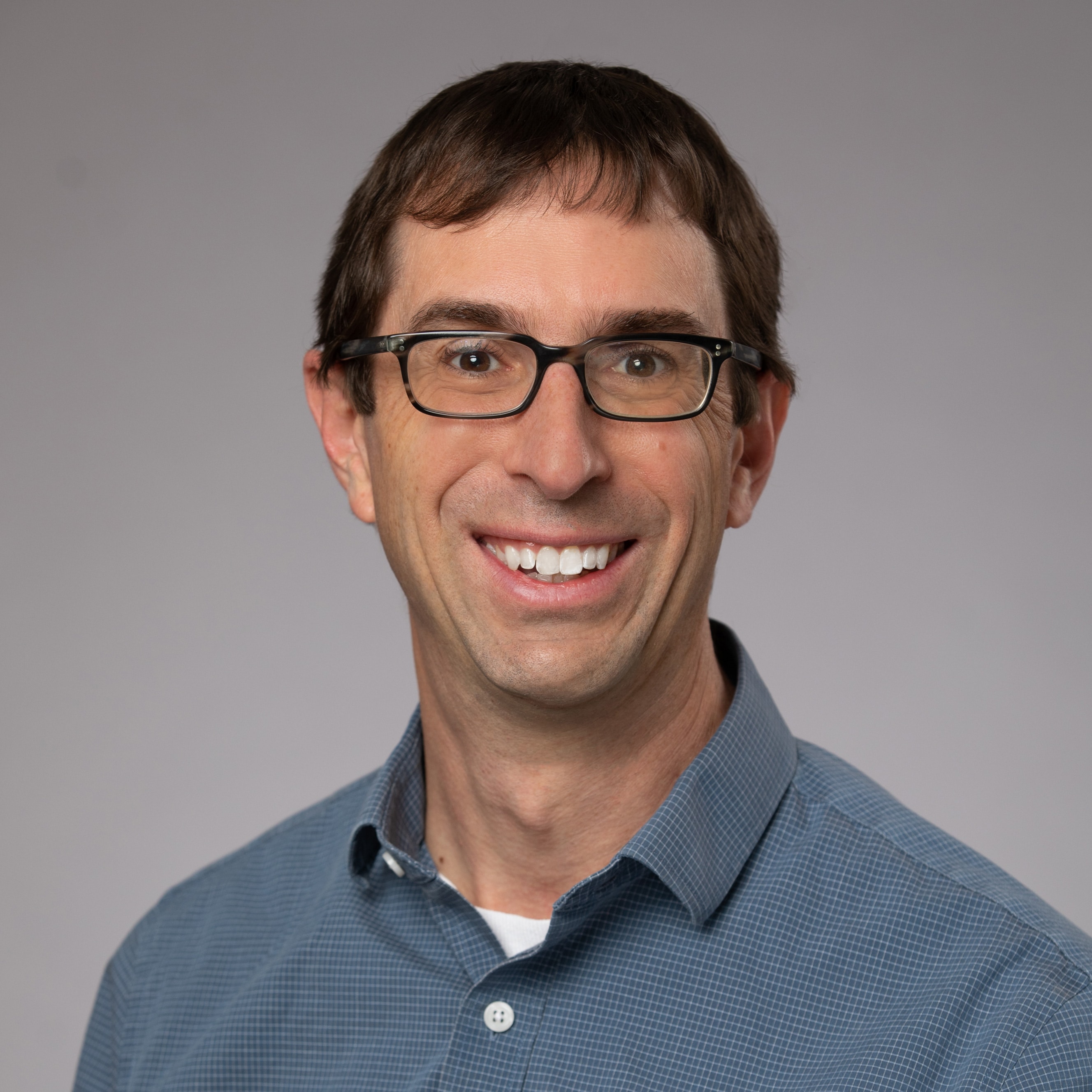 Ben Nolan, DVM, PhD, DACVIM (SAIM), completed his Doctor of Veterinary Medicine degree at Tufts Cummings School of Veterinary Medicine in 2005. After a one-year internship at Alameda East Veterinary Hospital in Denver, he returned to Tufts for a three-year residency in small animal internal medicine and earned board certification in 2009. He has worked in private practice in Rhode Island, Wisconsin, and Colorado. He joined MOVES in summer of 2021. Prior to pursuing veterinary medicine, Dr. Nolan received his PhD in inorganic chemistry from Colorado State University in 2001, conducting research in lithium ion battery technology. At home, Dr. Nolan enjoys spending time with his family which includes his wife Dr. Kelly Monaghan, their two children, and a young, rambunctious dog named Kevin.

Dyani is a Colorado native who grew up with four brothers, so it’s safe to say she grew up tough!
She spent all of her time competing in sports like softball, basketball and wrestling.
Dyani has such a great love for animals she would always bring home any stray animal that would follow her and would foster them until she could find them a forever home!
After high school she worked as a youth sports coach, where she met her husband Levi. Dyani and Levi have four sons together! Their boys’ names are; Emmanuel, Esyah, Ezekiel and Elijah. As a family, over the years they have had many fur babies, including fosters but for now they have one Ocicat named Melo, who is 15 years old and is nicknamed Smelly.
After coaching and having children of her own Dyani decided it was time for a change. She then took her love for animals into consideration and started working at a Vet hospital in Denver. She spent about 10 years there where she learned a lot and even traveled to help in spay and neuter campaigns!
In her spare time, Dyani enjoys family outings that involve fishing, camping and sports! 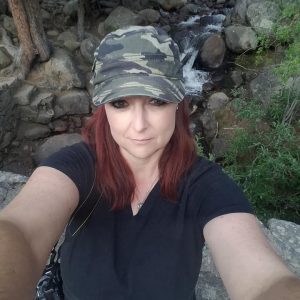 Tina moved here from California in 2000. After life’s up and downs decided to pursue her love and passion for animals. She then attended Bel-Rea and graduated as a Vet Tech in 2007 all while raising a teenager. After working at a few clinics, started working at an all-Cat Clinic for 7 years which developed her love for the frisky felines. As her Friends and Family refer to her as “The Crazy Cat Lady”, a term she wears proudly. Since working 11 years as a technician she wanted to stay in the Veterinary field and so turned her expertise to becoming a Client Care Specialist.

She currently has 4 Cats who rule the house!

In her spare time, she has a passion for Photography especially when nature or animals are her focal point, Cooking, Baking, Crafts and Mountain Drives. Jackie grew up in Brooklyn, NY and grew up with 6 siblings so you can say she thrives in chaos. She spent most of her free time growing up at her father’s firehouse, so it was inevitable that she was going follow on her father’s footsteps to be in the field of helping people and their pets. She grew up playing competitive basketball and softball and was even the first girl to play football in an all-boys league in high school. Her love and passion for animals made her decide move to Denver to become a certified technician at Bel Rea in 2007. She was only planning on staying in Colorado for two years until she graduated. Fast forward 15 years…and she’s still here. Her husband, daughter, friends and family are her world.. and if she’s not at work.. you can find her at a beach (92% of the time), a concert, hanging around a fire pit with good friends or having dance parties with her 3-year-old daughter. 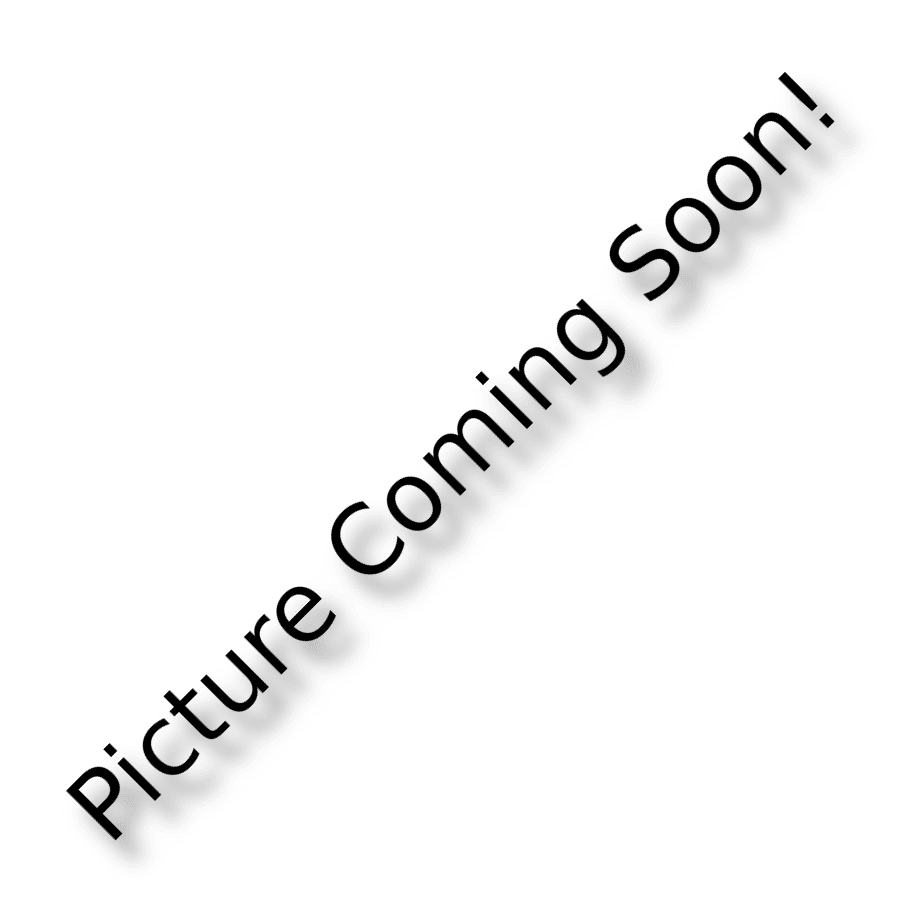 Reysa was born and raised in Ouray, CO and she went to CMU for Early Childhood Education. When she moved to Lafayette with her husband, she worked at a school with infants and toddlers but she knew she wanted to work with animals her whole life. She has always had animals growing up (almost any animal you could think of) and she adores them so much. Reysa now has two dogs and one cat. Her dogs are Buddy and Rudy and they are the light of her life right next to her kitten Ivan. When Reysa is not working she likes to hang with her husband. They enjoy going camping, shooting, four wheeling and sleeping all day. 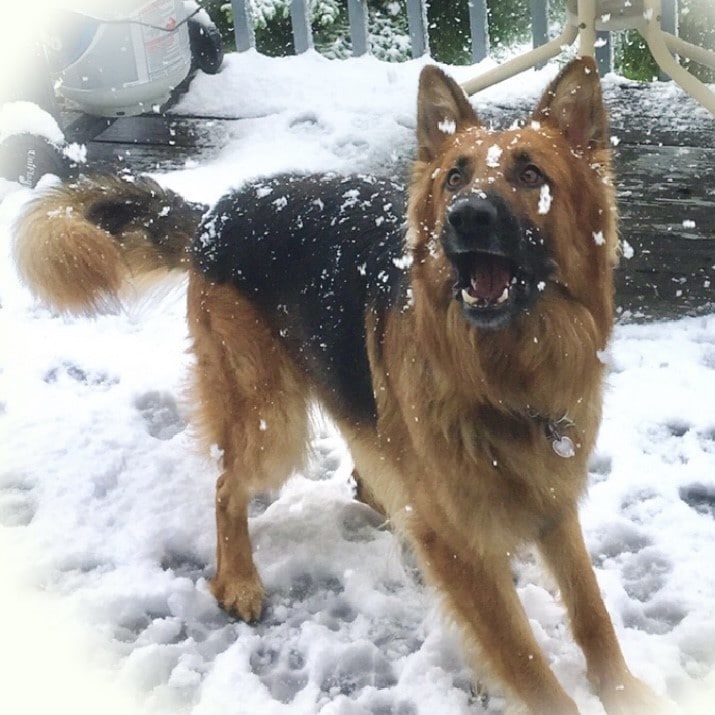 Michelle is a native of Colorado. Growing up surrounded by animals, including a pet wolf named Bear.
Through part of high school and college she helped out at a Veterinary Clinic that was contracted with Colorado Wild Life Parks & Recreation. While there, she was able to assist in the care of many injured wild animals as well as domestic pets. She knew she wanted to have a career helping animals. But by a twist of fate, her high school counselor sent her to University of Kansas, which specializes in human medicine instead of animal medicine.
So for the next twenty years she spent helping the owners instead of their pets. Finally, she decided to follow her true passion and pursue a life helping animals. 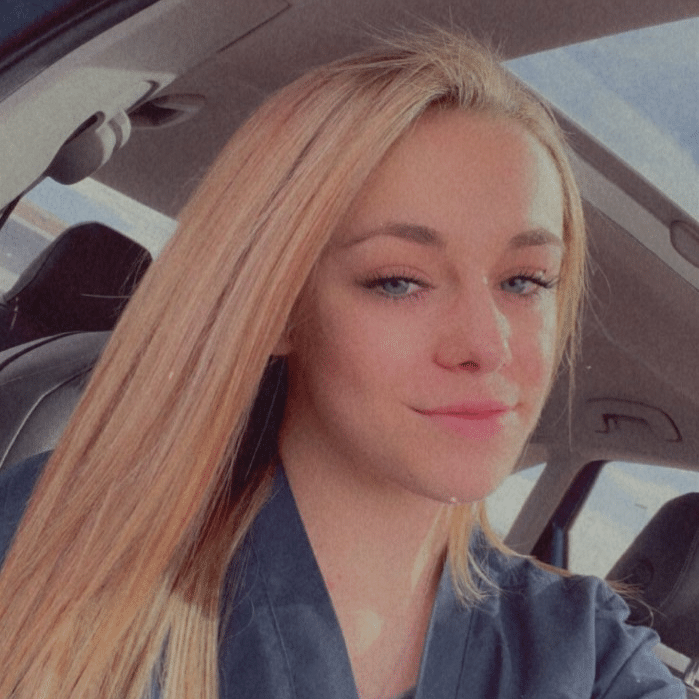 Nakita is a native to Colorado, and has always been surrounded by animals! She loves to spend her free time camping, paddle boarding, or on a boat with her family. She recently finished her first-year program at Pima Medical Institute and is excited to go on to complete her associates degree and become a licensed technician!

Nataly is currently a High School Student volunteering her time to accumulate hours for graduation. She was born and raised in Colorado and she has had pets all her life.
She knew from a young age that she wanted to grow up and help animals. When Nataly was 6 years old, she decided she wanted to be a vet tech! Nataly also loves being outdoors and doing activities such as camping, and hiking. At the moment she has two dogs and they have been with her for many, many years. She is happy that at such a young age she is able to start working in the field that she has always wanted. Nataly is very pleased that she is volunteering with Liberty Animal Hospital and she soon hopes to start her career with the team!